Is Solar a Good Idea For Your Home in Rhode Island?

With new technologies, regulatory actions, and financial incentives, solar in Rhode Island is becoming more affordable than ever. In fact, Rhode Islanders can take advantage of the 30% federal tax credit for solar projects. In addition, the state is a leader in the national solar power initiative. 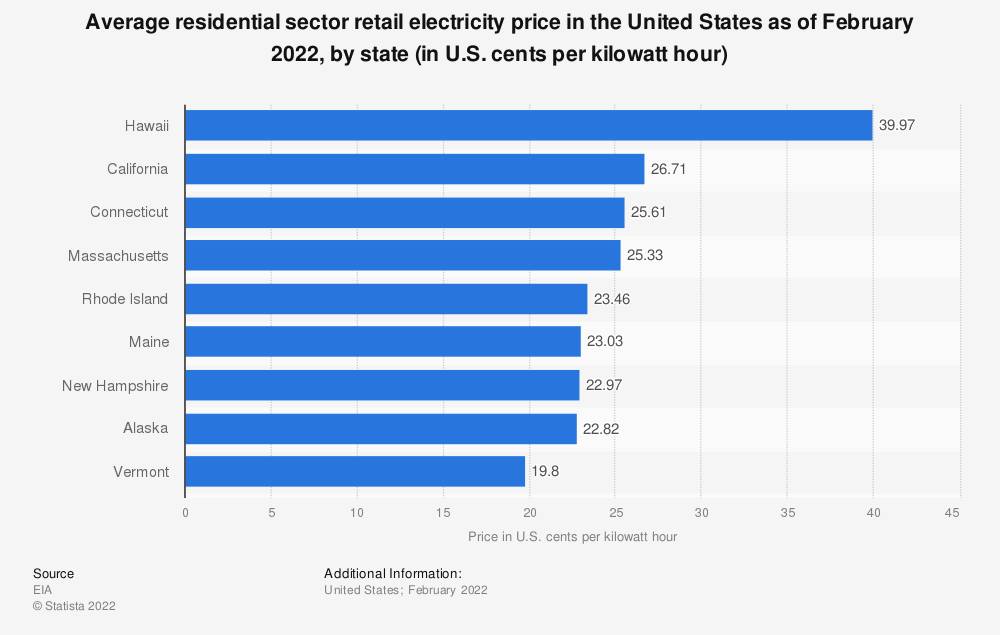 Not only Rhode Island but our neighboring states around New England such as Massachusetts and Connecticut have some of the highest costs of electricity per kWh in all of the United States (see figure 1.1). The cost of going solar strongly outweighs the cost of electricity in Rhode Island and neighboring states, and it helps lock in your savings with new price increases on the horizon.

Solar Savings on a State Level

Homeowners are able to enroll in the Renewable Energy Growth (REG) Program through Rhode Island Energy. If you are paying an electric bill currently, you may notice the charge at the bottom of your bill for this program. The charge you see on your bill every month helps to pay for the homes that are participating in the program.

The REG program enables customers to sell their generation output at fixed prices to Rhode Island Energy. For residential customers, this means you will receive a bill credit for the energy produced and will be paid the remaining Performance Based Incentive.

Solar Savings on a Federal Level

Increased Value To Your Home

A great benefit of putting solar on your home that many people overlook is that it will help increase the property values of your home by tens of thousands of dollars, without increasing your property taxes. Rhode Island has a 100% property tax exemption as well as a 100% sales tax exemption for eligible renewable energy products (such as solar systems).

According to the latest DOE reports, Rhode Island is on track to meet its renewable energy goals. The state has enacted legislation that requires all electricity generated in the state to be offset by renewable energy. By 2030, the goal is to have 100% renewable energy. Currently, the state is relying on natural gas to power the majority of its electricity. Meanwhile, three out of every ten households in the state rely on heating oil as a primary source of heat, six times more than the national average.

With all of the current federal and state incentives helping you save on your electric bill there’s no better time than now to consider solar for your home! Our process is simple which is why we’re the top-rated solar company in Rhode Island and we have helped thousands of homeowners save on their electric bills.

Are You Ready To Start Saving on Your Electric Bill?

Absolutely!
Menu
This website uses cookies to improve your experience. If you continue to use this site, you agree with it.
Ok